Who’s Benny? How Eggs Benedict Came To Be. 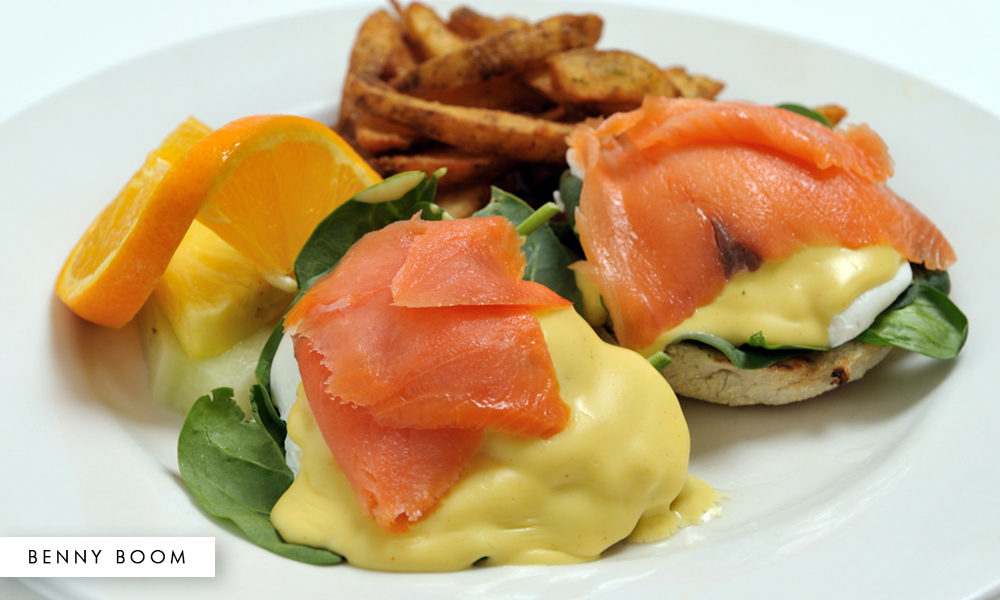 In our humble opinion, Eggs Benedict is a recipe given to mankind by an angel. It is the symphony of halved English muffins topped with peameal bacon, a perfectly poached egg, and golden hollandaise sauce cascading down the little tower of yumminess.

We’re such big fans of this breakfast classic that we’ve got a whole section in our menu dedicated to it. It’s called Benny Sent Me. In this section you can find all kinds of Eggs Benedict variations where we substitute the peameal bacon with baby spinach, smoked salmon, locally smoked pork loin, prosciutto or chorizo.

While there is no doubt that any variation of the Eggs Benedict is a good one, we have often been plagued with one very important question. Who is Benedict? And how did he come up with the godly creation? So let’s look into that a bit.

In an interview recorded in the “Talk of the Town” column of The New Yorker in 1942, Lemuel Benedict, a retired Wall Street stock broker, claimed that he had walked into the Waldorf Hotel in 1894 and, hoping for a cure for his morning hangover. On a whim he ordered  “buttered toast, poached eggs, crisp bacon, and a hooker of hollandaise”. Oscar Tschirky, the famous maître d’hôtel, was so impressed with the dish that he put it on the breakfast and luncheon menus but substituted ham for the bacon and a toasted English muffin for the toast.

Another claim to the creation of Eggs Benedict was made by Edward P. Montgomery on behalf of Commodore E. C. Benedict. In 1967 Montgomery wrote a letter to then The New York Times food columnist Craig Claiborne which included a recipe he claimed to have received through his uncle, a friend of the commodore. This recipe is a bit different from the Eggs Benedict we have come to know and love,  particularly in the hollandaise sauce preparation — calling for the addition of “hot, hard-cooked egg and ham mixture”.

Delmonico’s in lower Manhattan claims on their menu that “Eggs Benedict was first created in our ovens in 1860.”

So there are a few people claiming to be our elusive Benny, and we have yet to solve the mystery ourselves. However, we do know one thing for sure, whoever he is, he did a great service to morning creatures everywhere, and we salute his innovative spirit. So here’s to Benny, whoever he is, the man who gave us a whole section on the Boom Menu. Do come by and celebrate his genius by ordering an Eggs Benedict creation yourself.