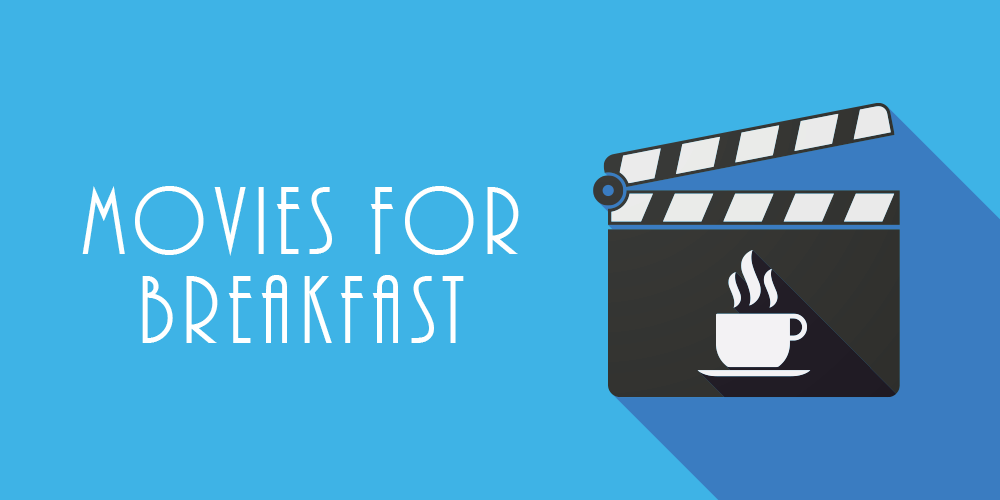 If you’ve ever taken a look at our menu, you’ll know that we have a special place for movies in our hearts. Take the fact that an entire section on our menu is called ‘Breakfast at Tiffany’s”. That got us thinking, what other movies titles have the word Breakfast in their names? We’ll give you the answer to that question with a our special review of each movies.

Starting with the obvious: Breakfast at Tiffany’s (1961)
A lonely, struggling writer becomes enchanted with his neighbour: an independent young woman who strives to be a high-climbing socialite with a penchant for high-fashion and wild parties. But, soon he uncovers her vulnerable side. We give this one a 5 out of 5. It’s a classic old-school romance that captures you from the start and keeps you there throughout the film The gorgeous Audrey Hepburn is at her best in this one.

The Breakfast Club (1985)
Five high school students, all different stereotypes, meet in detention, where they pour their hearts out to each other and discover how they have a lot more in common than they thought. Once again, we dish out a 5 out of 5. The cast is absolutely perfect; they each portray the feelings of teenagers with understanding and sensitivity. Full marks!

Bed and Breakfast (1991)
Three generations of women (Talia Shire, Nina Siemaszko, and Colleen Dewhurst) run a failing bed and breakfast in this gentle romantic comedy. Everything changes when a charming mysterious stranger (Roger Moore) shows up on the scene. This one sounds good on paper, but we’d give it a 2.5 out of 5. It’s got a few sweet moments scattered throughout the film, but is excruciatingly slow. But full props for actually including breakfast on screen, we got our kicks from that.

Sex for Breakfast (2007)
Two young couples take a swing at handling their relationship problems through psychologist-prescribed partner-swapping. This one gets a 3. While the story line sounds scandalous, the script is actually quite good. We see an interesting take of couples and how they see their own relationships.

A Dog’s Breakfast (2007)
A dysfunctional man living a secluded life believes that he has accidentally killed his sister’s TV star fiancé. This one gets a 3 out of 5 as well. It’s a dark comedy, that has a predictable plot. But when you’re in the right mood, the silly jokes might actually make you laugh out loud.

Dead at Breakfast (2004)
Staying at a local bed and breakfast turns into a bloody supernatural fight to the death. Ah slashers, they are… interesting. We’ll give this one a 1.5 out of 5. Other than the fact that this movie had the word ‘Breakfast’ in it, there’s not much we can say we liked about it. But if you like your scary movies with a side of cheese, watch this one. In fact, it might be a good ‘bad’ movie to watch just for laughs.

So there they are, the movies that have the word ‘Breakfast’ in them. If you think of any more, come tell us at Boom Breakfast, the best restaurant in Toronto for breakfast lovers to unite!