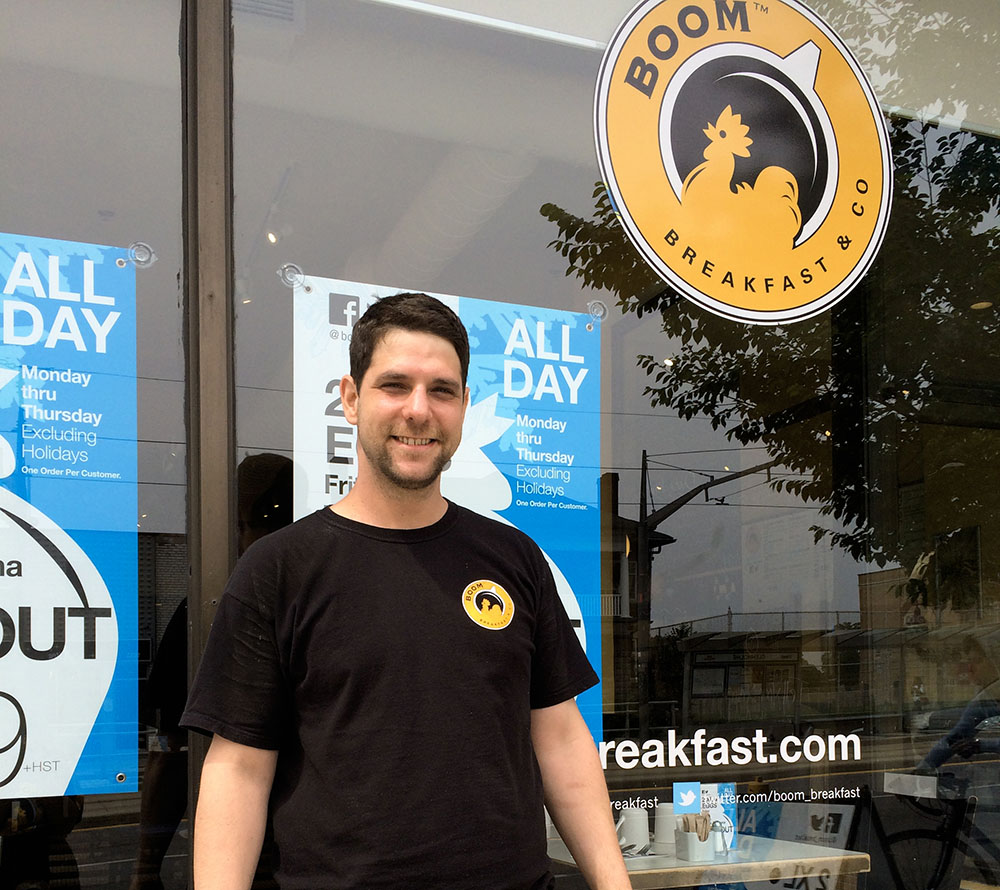 Shane’s introduction to food service and hospitality started with a luncheon spot on Church St. at The Garage Sandwich Company. It was a small kitchen that served at a frenetic pace and fostered his passion for food as vocation bringing to BOOM 15 years of kitchen experience.

Graduating from Toronto’s coveted George Brown’s Culinary program, Shane quickly found positions in some of Toronto’s celebrated kitchens including SirCorp’s flagship restaurant named red’s bistro (rebranded today as REDS TAVERN) with direction under Executive Chef Michael Steh. Prior to making Boom home has been behind the kitchen at the prestigious Toronto Cricket Club.

Boom welcomes Shane as our Corporate Chef. He is taking over the reigns in the kitchen and we’re looking forward to his creativity and dedication into each item on the menu. This summer we’re elated to present a Pan-American Games inspired menu; honouring the Pan-Am games currently taking over Toronto, we’ve selected the top 6 countries that have been historically medal count leaders. This special menu fuses Boom’s mains and adding a cultural twist by introducing traditional ingredients found among the top 6 six countries hosted in the 6!

Argentina, Brazil, Canada, Mexico, Cuba and the United States are all here to compete but which dish we ask, will Toronto eat the most to take home the gold???

Along with the rest of the Boom Team, Shane crafted the menu with cornbread and brought in bold touches such as Argentinean based Chimmichurri, Mexican Salsa Verde and in the scrambled egg fused ingredients such as Provolone and Chorizo sausage. Our goal is to pay tribute to our national neighbours and visitors while offering our customers a fun experience to travel the world through food!

Shane’s influence in the coming months will extend to Boom’s menu presentation and behind the scene team building toward kitchen efficiencies to enhance and assure that no matter which Boom location one goes to, your expectation is always met!