The Internet and the Advertising Fund– a game changer

Legals are next: the Disclosure Document (in most provinces) and the Franchise Agreement – hundreds of mind-numbing pages to read

– and buried in all this is something called 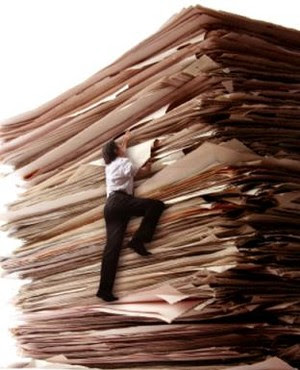 A Franchisee will pay 3 – 4 percent of gross revenues to the Franchisor each month for advertising – the Advertising Charge; and the way Franchisors operate the Advertising Fund has changed dramatically in recent years; and frankly, Franchisees do not generally understood the implications of these changes.

Is 3 – 4 percent of gross revenues important to you? If yes, read on.

What is The Advertising Fund?

The Advertising Charge is not the same as the Royalty Fee. The Royalty Fee is the percentage of gross monthly revenues payable to the Franchisor (typically, 4 – 6 percent in the restaurant sector).

Prior to the internet, the Advertising Charge was a straight forward 2 percent for national advertising and 2 percent for local advertising. Some Franchisors let their Franchisees spend the local budget how they wished; others controlled that as well. Regardless, the 2 – and – 2 split was fairly uniform.

Then the internet came along, and then Google and Facebook and Twitter, and everything changed. Traditional advertising (print ads, radio, television, direct mail) began to compete with New Media (Social Media, websites, e-commerce, banner ads, mobile); and as a result, the national – local split became increasingly irrelevant.

The New Normal – a Blended Model

This transformation has some important implications for Franchisees:

Significantly, most franchise agreements do not require a Franchisor to spend the entire Advertising Fund each year. Franchisors are not required to return unused funds to the Franchisee, however. The money is carried over into the next year – or the next.

Implications for the Franchise Agreement

Franchise agreements are changing rapidly to reflect the Blended Model. These changes have had the ultimate effect of reducing a Franchisee’s ability to carry out its own promotions:

We know the internet will continue to transform our lives. Franchising will not be exempt.

More difficult to predict is how the franchise industry and the Advertising Fund will evolve in the face of this transformation. For now, the only constant is change. Expect the Blended Model to continue to move along the continuum towards a single fund without a local-national split, as New Media takes up more and more of the advertising budget.

Exciting times – great opportunities – but you need to be informed, so ask questions.

BOOM Breakfast & Co. is a GTA-based franchisor in the Breakfast and Lunch Restaurant sector. Check BOOM out at www.boombreakfast.com.