The Brief and Amazing History of Peameal Bacon 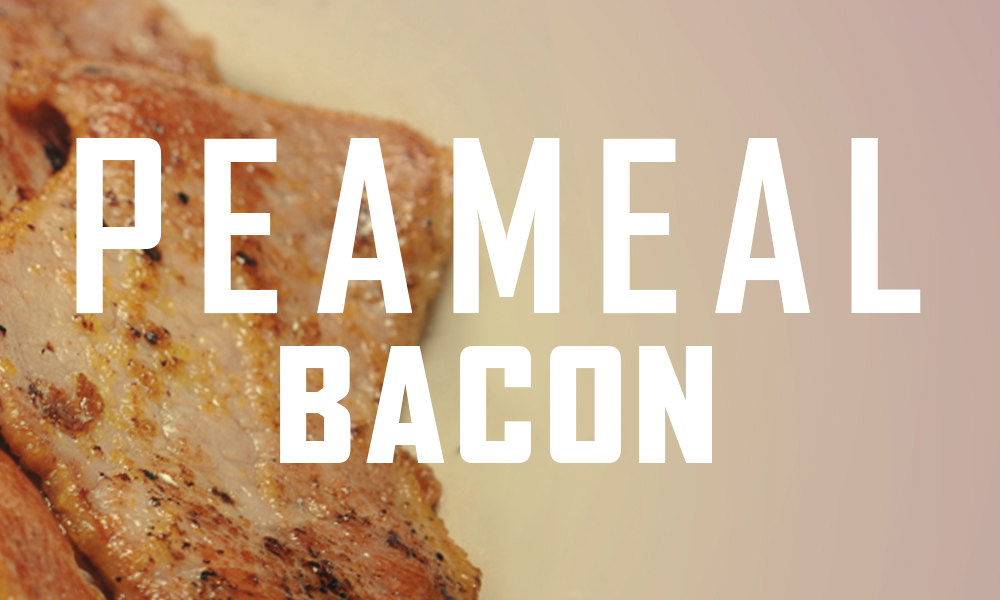 Let’s face it, Toronto is amazing for a lot of reasons. But like most Canadians, Torontonians struggle to tell tourists about things that are uniquely Torontonian. We usually skim over it by saying something like ‘We’re really multi-cultural.” Leaving the tourist thinking about what they’re going to post on their Instagram now that there is nothing #Torontonian in particular to go with. But, there are things that are uniquely Torontonian and peameal bacon is the king of them all.

In case you haven’t tried it and are ashamed to admit, you haven’t truly lived, peameal bacon (also known as cornmeal bacon) is a type of back bacon made from lean boneless pork loin, trimmed fine, wet cured, and rolled in cornmeal. It was originally developed by a Toronto ham and bacon curer, William Davies.

William Davies Company was a pork processing and packing company in Toronto. By the early 1900s, it was the largest pork packer in the British Empire and it operated Canada’s first major chain of food stores. One of Toronto’s longstanding nicknames, “Hogtown”, is attributable to the millions of pigs processed annually by the William Davies Company.

William Davies couldn’t have had better timing. By the Victorian era, bacon was considered a necessity and demand for the Canadian export was high. In The Oxford Companion to Food, Alan Davies writes that bacon enlivened otherwise “stodgy” British cooking. British Food writer Colin Spencer is more generous, writing, “If the British are known for any culinary achievement it is the great British breakfast…even in the nineteenth century, bacon for breakfast would become almost de rigueur, even for the lower classes.” Canadian cured pork continued to be an important food product in Britain well into the Second World War, when the Bacon Agreement stipulated that the U.K. would accept no less than 5.6 million pounds of Canadian ham and bacon each week.

Changing dietary attitudes and demographics mean that Canadian pork isn’t as popular with Britons — or Canadians — as it once was. Still, Davies’ legacy lives on. His company would eventually become today’s Maple Leaf Foods, which still produces peameal bacon for national consumption.

And today, you can find delicious peameal bacon in our restaurant, served on various dishes such as the Oh Canada Eggs Benedict, Best Peameal ‘N Eggs and BOOM P-BLT.

So if you’re in the mood for some Toronto magic, come try some peameal bacon creations at BOOM Breakfast, the best breakfast restaurant for all things bacon.