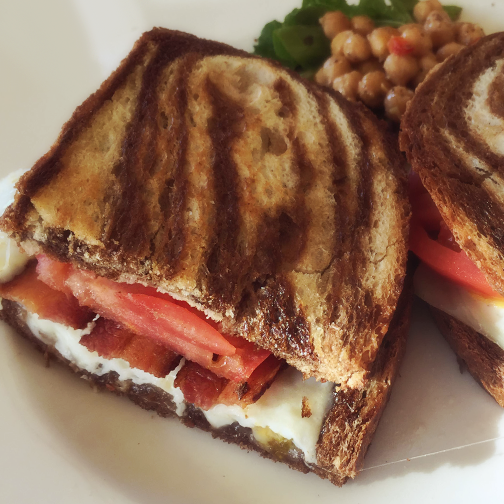 Naming dishes on the menu is one of the best parts about owning a breakfast and brunch restaurant – we think so anyway. You may have gone through our menu and thought, “Huh! Wonder where that name came from.” Well, wonder no more. We’re here to spill all the secrets.

Alice in Wonderland
We love telling this story because Alice is a actually a special little guest of ours. Alice’s mom was a frequent flyer at Boom Breakfast, especially when she was pregnant. After Alice was born, we all fell in love with angel and decided to name a dish in her honour.

Adam Spanglish
We’re huge Adam Sandler fans and watching him in the movie “Spanglish” as he expertly made the most delicious looking sandwich in the world, inspired us to do the same. So we give you The Adam Spanglish – made with bacon, tomato, monterey jack cheese and an over easy egg.

Moonstruck
Back in the 80s, when our fearless leader Tony Cappellano had his own cafe called Sweet Dreams (College St and Clinton Avenue), Cher was shooting Moonstruck about two stores over from them. There was a lot of excitement and buzz about it all, but the real kicker happened when they realized that their cafe was actually featured in the movie, showing partly during Cher’s makeover. Oh the glee of knowing that the cafe was forever immortalized on camera with Cher! There had to be a dish named after it. And so the Moonstruck Omelette came to be, made with fior di latte cheese, prosciutto,fresh basil and roasted tomato goodness.

Acapulco Gold
You guys will love this one! So it turns out there are different brands of pot and, for those who are in the know, Acapulco Gold was the kind that was considered the good stuff. We can’t say how Tony Cappellano knows this, but let’s just say that he was a man of many talents, even back in the day. And while we are pretty darn certain that there is no pot to be found in our omelette, we can also tell you that it very much is the ‘good stuff’. Made with chorizo, roasted red peppers and green onions, this baby will be sure to rid you of your munchies at any rate.

There you have it – the secrets behind the names of some of our favourite dishes. Ask us more and we’ll tell you more!